Mairy invites you to come to Irreparable Harm? A tale of the Trans Mountain Pipelines Arrests at the Fringe Fest. Please mark your calendars and spread the word!
Here’s more information about Mairy from the enewsletter from Playwrights Theatre Centre. 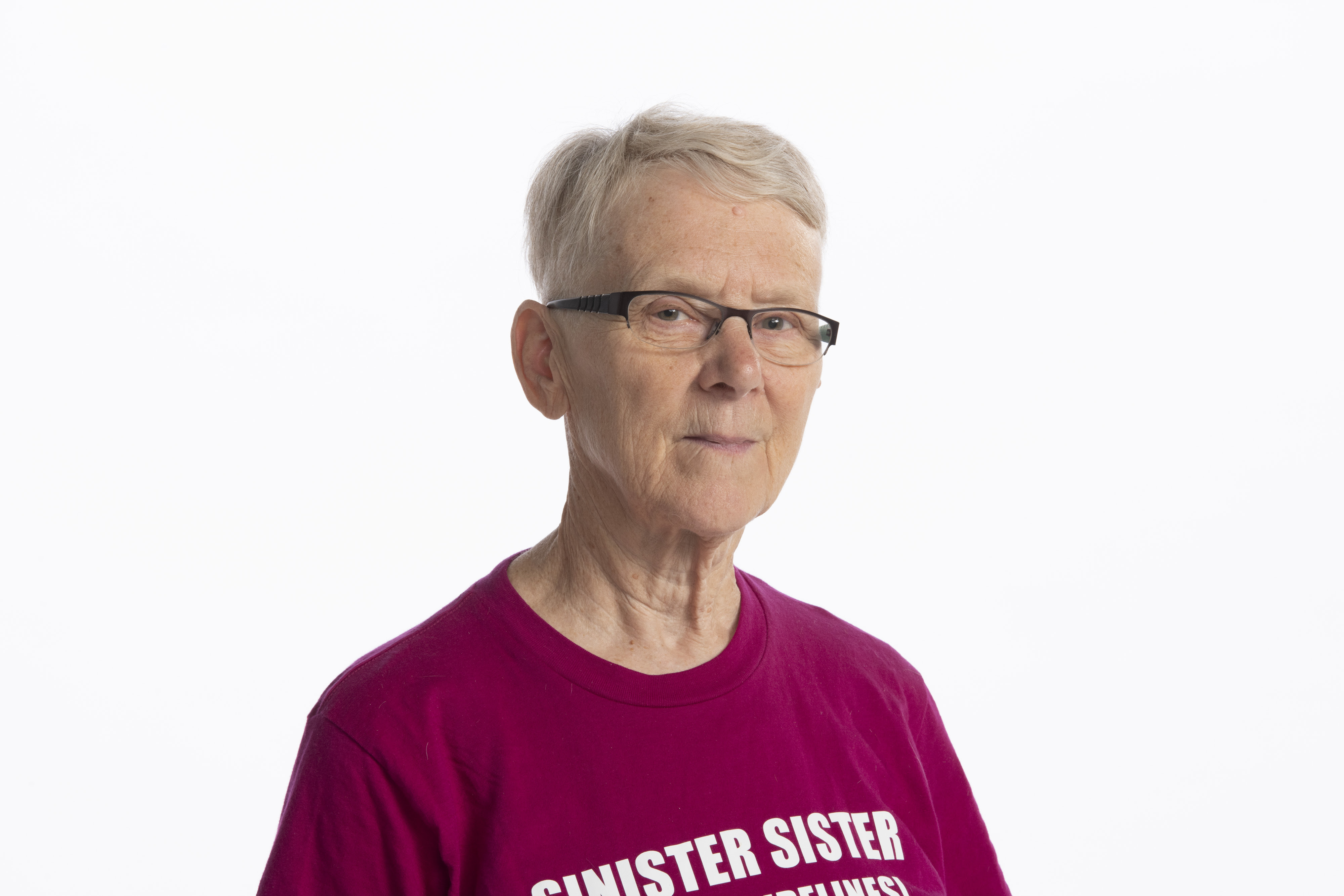 Mairy Beam is a non-binary playwright and director who recently moved to Vancouver, giving her the opportunity to join the land and water protectors who are fighting the expansion of the Trans Mountain Pipeline. Inspired by the drama in the BC Supreme Court, she has written a documentary theatre piece, Irreparable Harm? A tale of the Trans Mountain Pipeline Arrests. After attending PTC’s Block P workshop, she is producing Irreparable Harm? along with the Sinister Sisters Ensemble. Her recent plays include Body Parts, produced in the New Ideas Festival in Toronto in March 2019; Out and About, produced in 2017 in Vancouver at the 4 x 3 Fest and in Toronto at Gelato Fest; The Next Mary, which was included in PinkFest 2018 in Toronto; and Let Me In, which was read as part of the 2018 Bodacious Series in North Vancouver. She has also directed several plays for Theatre Out of the Box in Toronto.

At UCV, Mairy is the board secretary, chair of the Earth Spirit Council, very involved in RE, GSA and circle dance.

In her search for community Mairy joined the First Unitarian Church of Toronto in the early nineties, thinking it was another liberal Christian denomination.

The services were similar in format to those of her Presbyterian childhood. Slowly over the following months, she started to notice the differences but it was not until she attended the new members’ orientation a year later that she truly understood what UU was all about. There she learned about Starhawk and the Reclaiming tradition of paganism and found her spiritual home.

At Toronto First Mairy was very active in RE, the LGBTQ group, and Womynspirit. She served on the Committee on Ministry, the RE committee and as a Convenor. After moving away from Toronto, she was an active member of the Elora-Fergus Fellowship.

Mairy and her partner, Martha, moved to Vancouver in June of 2016 to be closer to grandkids. They were nervous about finding friends and communities here. They are grateful to this congregation for making the transition easier.

Mairy enjoys the many opportunities to dance with the Sacred Circle Dance groups. She appreciates the time spent with the kids in the RE program. She is delighted to join with others honouring the pagan holy days as well as maintaining and walking the labyrinths. She finds the sermons inspiring, and joins in the protests and other social justice and environmental activities as much as she can. Recently, she became a member of the Board. She appreciates getting her hands dirty in the gardens at UCV.

Another passion of Mairy`s is theatre. Several of her plays have been performed (one in Vancouver). Themes include: immigration, mental illness, forgiveness, gender. Her play, Let Me In, will have a reading as part of the Bodacious! Series on Saturday, Feb 24 at 7:30 pm at Presentation House, North Vancouver. Cast: Vivian Davidson, Killeen Delorme, Michelle Travis, Emily Beam